Prathibha was born in Mangalore India. She is a graduate of Kasturba Medical College, Mangalore, India where she obtained her MBBS in1983. Following that she entered the fellowship program in OB&GYN and obtained postgraduate diploma in 1985. Between June 86- July 91 she was in charge of Dept. of Obstetrics and Gynecology at Alvas Health Center, Moodbidri, India. She moved to the United Kingdom in 1996 and worked as senior house officer (SHO) in OB&GYN at various institutions in Wales and in Liverpool. She also worked as SHO in Neonatology and Pediatrics at Arrowe Park Hospital Upton, Wirral, U.K. She was SHO in Oncology and Radiotherapy at Clatterbridge Center of Oncology Clatterbridge, Wirral, U.K. Between Aug. 95- Jan. 96-she was the Senior SHO in Obstetrics and Gynecology at Fazarkerly General Hospital, Liverpool, U.K. She arrived in USA in 1996 and entered family practice residency program at the University of Arkansas for Medical Sciences, Little Rock, Arkansas. She was awarded the prestigious Dr Goss award for excellence in patient care. She moved to New York in 2001 and joined a private group practice. She came to Columbus in September 2005.

She is married to Bantwal Suresh Baliga M.D. 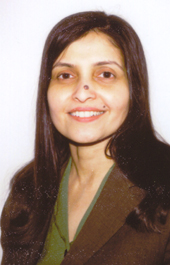